In our new gastronomy quarter in the AREAL BÖHLER PARK, we offer a variety of hot and cold dishes that you can enjoy on site or take away TO GO.

The international conference FASHIONSUSTAIN. is the place to be for all industry players who want to learn more about current technological innovations and sustainable developments. At the same time, audience members will receive know-how on how to push for real innovation and change in the fashion and textile industry.

Enjoy your stay at NEONYT licensed by Messe Frankfurt Exhibition GmbH in Düsseldorf in our nearby, sustainable partner hotels at special rates.

VISIT DÜSSELDORF – Welcome to the Rhineland.

Fashion, art & Rhenish hospitality – in addition to fashion, Düsseldorf also stands for art & architecture.In the middle of the 20th century, Düsseldorf developed into a fashion metropolis and is still an international economic center in the heart of Europe with a wide variety of industries.

The great fashion designers are on the Königsallee repre-sented inside; Düsseldorf‘s own creative scene is located in the district around Lorettostraße and in the new media harbour.Be it art, architecture, theatre, ballet or music – Düsseldorf plays a decisive role internationally when it comes to cul-ture; the concentration of museums is second to none. In addition, the city is peppered with top-class architecture – the Gehry buildings at the Medienhafen and the Kö- Bogen by Daniel Libeskind are two prominent examples.

Use your stay in Düsseldorf not only for the order but get to know and love Düsseldorf!

Meeting point no. 1 for the industry – Düsseldorf is and will remain the ordering location for the fashion and shoes business in Germany, enjoys an inter-national reputation and is vitally important as a business location. Düsseldorf scores with short distances and concentrated ordering options and brings together the most diverse players in the fashion industry.  Numerous networking and event formats give the industry space for professional as well as for informal exchange.

Düsseldorf is not only a business city – in 2007, the city was awarded the nationwide title as Capital of Fair Trade. Since 2011, the city has also been Fairtrade Town. These awards honor the diverse engagement of citizens, as well as the city administration, to establish fair trade in Düsseldorf. The Düsseldorf zeitgeist is sensitized to achieve the ambitious climate goals and to become climate neutral in time by 2035.

DO YOU WANT TO BECOME OUR PARTNER?

We guarantee you a very special appearance on our website and in our marketing tools.
For further information, please contact Christina Grell: grell@igedo.com

We are looking forward to new and exciting cooperations with you! 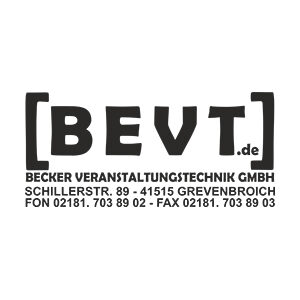